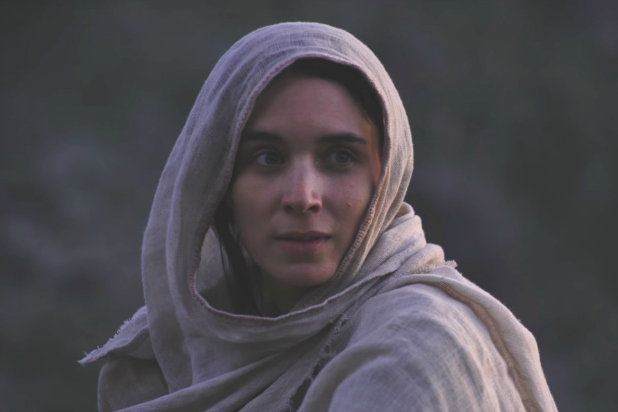 Who was Mary Magdalene?

There are three passages that contain the name, Mary Magdalene:

“Soon afterwards he [Jesus] went on through cities and villages, proclaiming and bringing the good news of the kingdom of God. The twelve were with him, as well as some women who had been cured of evil spirits and infirmities: Mary, called Magdalene, from whom seven demons had gone out, 3and Joanna, the wife of Herod’s steward Chuza, and Susanna, and many others, who provided for them out of their resources.” (Luke 8:1-3)

The first passage, Luke 8:1-3, presents a very brief description of Mary Magdalane. She was freed from seven demons and that she was one of the women who accompanied Jesus. Mark 16:9 tells that it was Jesus who cast out seven demons out of her.

“Many women were also there, looking on from a distance; they had followed Jesus from Galilee and had provided for him. 56Among them were Mary Magdalene, and Mary the mother of James and Joseph, and the mother of the sons of Zebedee. When it was evening, there came a rich man from Arimathea, named Joseph, who was also a disciple of Jesus. 58He went to Pilate and asked for the body of Jesus; then Pilate ordered it to be given to him. 59So Joseph took the body and wrapped it in a clean linen cloth 60and laid it in his own new tomb, which he had hewn in the rock. He then rolled a great stone to the door of the tomb and went away. 61Mary Magdalene and the other Mary were there, sitting opposite the tomb.” (Matthew 27:55-61)

The second passage, Matthew 27:55-61, records that Mary Magdalene was one of the women who stayed near the cross during Jesus’ crucifixion and who were present during Jesus’ burial.

“Early on the first day of the week, while it was still dark, Mary Magdalene came to the tomb and saw that the stone had been removed from the tomb …… 15Jesus said to her, ‘Woman, why are you weeping? For whom are you looking?’ Supposing him to be the gardener, she said to him, ‘Sir, if you have carried him away, tell me where you have laid him, and I will take him away.’ 16Jesus said to her, ‘Mary!’ She turned and said to him in Hebrew, ‘Rabbouni!’ (which means Teacher).” (John 20:1, 15-16)

From these three passages we can pick up some pieces of information that tell us who Mary Magdalene was: Firstly, she was from the town named Magdala, located on the northwest shore of Galilee in the region of Tiberias. Mary Magdalene meant “Mary from Magdala.” Secondly, she had been demon-possed until Jesus cast out seven demons out of her. Her healing was a turning point in her life, but the Bible does not give more detail on this particular event. There are people who argue that she was a prostitute. But there are no direct biblical passages that support the argument. Personally, I don’t buy into that speculation. Thirdly, having been healed, Mary Magdalene not simply followed Jesus but also provided for Jesus and other disciples out of her resources along with other women. Fourthly, she was one of the eyewitnesses to the suffering, death and resurrection of Jesus. Most of Jesus’ disciples left him out of fear during the most difficult and last moments of Jesus’ life on earth, but Mary Magdalene was one of the few followers who stayed near him during his death, burial, and resurrection.

Now, can we still say, Mary Magdalene was not a prominent figure in the Bible? No, we can’t say so anymore. She was actually standing out of many disciples. She seems to be even more promiant than the twelves. John 20 helps us better understand who Mary Magdalene was and what kind of disciple she was, which I want to talk about a little bit more.

Early in the Morning

“Early on the first day of the week, while it was still dark, Mary Magdalene came to the tomb and saw that the stone had been removed from the tomb.” (John 20:1)

However, as we read the story, we find Mary Magdalane’s sorrow and pain far deeper than that of other disciples. Her longing for the Lord seemed to be far greater than other discipes’, in other words. This explains why she came to the tomb so early in the morning when other disciples were in deep sleep.

Then here we come across another question: Why was Mary Magdalene’s longing for Jesus greater than other disciples’? We remember what the first passage describes her: “Mary, called Magdalene, from whom seven demons had gone out.” Until she met Jesus, Mary Magdalene had lived a terribly painful life. She had been possessed by seven demons. From the biblical point of view, seven is the number of completeness and perfection. This meaning is derived from God’s creation of all things including Sabbath. If the number seven means completeness and perfection, it can be said that Mary Magdalene’s suffering from demon-possession could not have been harder. At the very moment when she was under such terrible life-circumstances, she met Jesus and was healed and freed. By casting out demons from her, Jesus turned a miserable life into a meaningful life. As for Mary Magdalene, what could be more valuable and meaningful than this miracle taken place in her life? Who did she think that Jesus was? It was grace; a wonderful grace.

What does it mean by grace? She was not in control of seven demons, but Jesus drove them out of her. There was nothing that she did, but she was favoured by God. No wonder, her loyalty to the Lord stood out among all the disciples and the longing in her heart was far greater than that of others. So, she came to the tomb early in the morming.

As a matter of fact, Mary Magdalene’s appearance around the tomb was not a wise choice because she might have been arrested, tortured and killed for being part of the blasphemous network of Jesus. That was the reason why most of the disciples ran away from the place of crucifixion and burial, and hid themselves in a room with the doors locked. So, the fact that Mary Magdalene came to the tomb meant she risked her life. Through the story she challenges us with a question: What would you die for?

She was not arrested, tortured and killed. Tradition says that she accompanied Mary, mother of Jesus, all her life. Mary Magdalene had provided for Jesus and his people out of her resources. No wonder, such a life of generosity continued even after Jesus’s death, resurrection and ascension. She was such a faithful disciple of Jesus that she risked her life, which implies that Jesus was enough for her. Her story continues to challenge us: Is Jesus enough for you?

Now, we look at ourselves. I hope not, we may have such a painful moment in our life ahead that Mary Magdalane had. I hope not, we may have such a moment of suffering that it couldn’t be harder. But we know, that is not the case. We cannot escape unpleasant things in our journey of life. We may have to face some painful moments in our life ahead, which, we may feel, couldn’t be harder. But today’s scripture tells us the truth that Jesus is able to turn the most painful moment into the most joyful moment just as he did to Mary Magdalene.

Now it’s our turn. Are we ready to receive grace? Are we ready to reaceive a wonderful grace that turned Mary Magdalene’s miserable life into to a meaningful life? It is grace, which means, it does not need anything from our side, but only faith in Jesus who is the Messiah, the Son of the Living God, who loves you and me. That’s all we need to experience God’s grace.