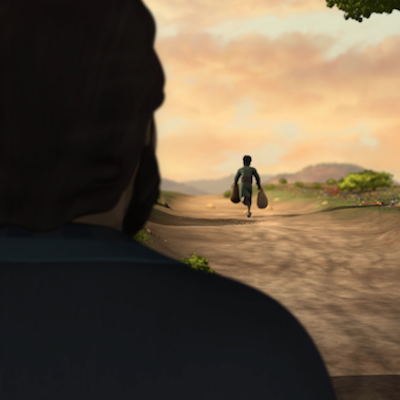 A new generation constantly emerges out of a deep and rich cultural soil, what is called tradition. Putting on a different cultural appearance, the younger generation always turns out to be both challenging and affirming as it responds to the values of the previous generation. The church is not an exception because the church life is part of tradition. So, we, as the church, are required to understand the contemporary culture and the new generation so that we may help their journey of life and faith. Today I want to share what I found about the contemporary culture and the young generation.

A New Generation in the Contemporary Culture

From reading Mark Sayers’ books—The Road Trip, The Trouble with Paris, The Vertical Self—I found three major characteristics of the contemporary culture, which have shaped the identity and values of the young people today: (1) Seeking more than Reality. (2) Seeking Individual Freedom. (3) Seeking Immediate Pleasure. (Mark Sayers was one of the lecturers at the seminar course that I took in California last year. He is Senior Leader at Red Church, Australia, of which the mission aims to equip people to wholeheartedly follow Jesus in contemporary culture).

In his books, Mark introduces a new word “hyperreality” which means “not exactly real.” Let me share what Mark Sayers talks about hyperreality: (1) Hyperreality makes people unable to tell the difference between what advertising tells people about products, places, and people and what they really are. (2) Hyperreality is closely related with materialistic commercialism that pursues to maximize the profit by any means. (3) The commercialized enterprises produce glorious images, which are believed to be obtained by buying products, and create a hyperreal self – a hyperreal world – as a result.

Mark notes the impact of hyperreality is enormous on human lives: “In hyper-reality it is no longer possible to distinguish the imaginary from the real, the true from the false,” and “The more our spirituality becomes about buying products and experiences, the more we become obsessed by image and surface.” Mark also reflects that “We become detached from our actual lives, reaching always for simulations, mirages of real life that can never be reached” and that the more we are detached from reality, the less we enjoy all the gifts with excitement and gratitude, and “the more dissatisfied we become with our own lives.”

Mark says that the contemporary Western culture is mired in a crisis between “a desire for a life of meaning” and “a desire for individual autonomy.” And he describes it as “our culture of personal freedom” in which “we are told that we will find meaning through what we do” and in which people are told that “happiness and fulfilment are found in breaking away from community, social expectations, rules, and tradition.” He also warns that we have created “an idolatrous society, in which the ultimate idol is the self.” He notes that maximizing individual freedom apparently is the ultimate concern of the contemporary young people, which leads them to be disinterested in the way of life valuing “appointments and commitments …… for the sake of the collective.” It is not surprising that the contemporary culture’s emphasis on self and autonomy has become one of the major barriers for the young generation to come to faith.

Mark notes that “we receive contradictory messages from our culture,” which are: “Obey the rules and you will find success, achievement, and meaning” and “Obey your desires and you will find pleasure, happiness, and meaning.” It is true that seeking pleasure is intrinsic to human nature, which should not be undervalued. However, it should be noted that being characterized with pursuing pleasure and experience, the contemporary culture seeks and values immediate pleasure which downplays “delayed gratification.” And “the media mask of ‘pleasure provider’ carries enormous cultural currency” and describes how pleasure is perceived today.

As a summary, the contemporary culture assumes that: (1) The world is a place where “nothing and no one are sacred.” (2) Life becomes meaningful only through instant gratification. (3) Any promise of delayed gratification is irrelevant. (4) “If I am not feeling good all the time, something must be wrong.” (5) “Love is a feeling not a discipline.” (6) “If something is mundane it must be boring.” (7) “No longer do we look for big dreams to shape our lives; instead, we prefer to chase the experience.” (8) “This wonderful life is just around the corner and that we don’t have to wait.” (9) “We can enjoy the moral cost-free benefits of secular living.”

A New Generation in the Parable

The younger son in the parable of Prodigal Son in Luke 15 offers us a glimpse of the aspects of the contemporary culture. The son in the parable, who was apparently detached from reality, intentionally chose individual freedom over community so that he might be able to live in a world of pleasure. He appears to be identical with the person that the contemporary culture idolizes.

Being Detached from Reality

The younger son asks his father for the share of the property that will belong to him (v. 12). The younger son has already made up his mind to turn his back on his father and the community that he has belonged to. He decided to leave behind his compassionate father, loving family, fertile land, and nurturing community. That was a betrayal. He already shamed his father even before he wasted all the money he had in the distant country.

He appears to be so unsatisfied with himself that he wants to be more than himself. The younger son was not happy with all the environments, gifts, and relationships that he had. He imagines another world where he thinks he will find his true self and a really meaningful life. It is clear that he was caught in “hyperreality,” which made him no longer able to distinguish the real from the imaginary. The father’s words to his brother at the end of the story— “Son, you are always with me, and all that is mine is yours” (v. 31) – were real and true, but the younger son could not grasp the meaning of those words. He was so deceived that he became detached from reality.

He apparently was a rebellious youngster who felt so sick of “the restraints of parental authority” that he left behind the home. He dared to ask for his share of inheritance even before the death of his father. He sought his individual freedom to the extent that he risked dividing the very life of his father and his family. He also he chose “an out-of-control lifestyle” over a life under control by his father. The younger son’s desire for individual freedom was so great that he gave up a sense of security, rootedness, and community. So, he walked out of the house. ¬Yet he was not aware that he was heading to a place where he would never arrive but only find himself more spoiled, fickle, weak, and directionless. He eventually saw himself drowned in the freedom that he hoped for.

Living in a World of Pleasure

The younger son asked not only for freedom but also for his share, money, which indicates that he sought for materialistic pleasure. He must never have heard of the word “hyperconsumer culture,” but it can be said that he experienced some aspects of the contemporary culture in that things consumed him. The younger son was a man who sought for a life of temporary pleasure. He apparently lived “a world of micro-pleasures” pursuing a life of immediate pleasure. The ultimate goal of his was “real-time individual happiness and pleasure.”

What made the son return home?

Today is Father’s Day. I want to say to all fathers here “Well done.” You are doing a great job in the contemporary culture which is very challenging to us as well as to our boys and girls. We know you are not perfect, but you did your best in your own circumstances. So, we thank Heavenly Father for being our ultimate model, and also thank you for your hard work, patience, and compassion. Today we all re-commit ourselves to this meaningful mission as we celebrate Fathers’ Day 2018.

May God bless us all fathers as we continue to take the role of fatherhood which is a sacred task bestowed by Heavenly Father who set an example of self-sacrificing love in Jesus Christ. Amen.